Marty:  Look, Andy, at least come to the meeting wearing VR clothing. I know you like medieval times. Pretend it’s second life, and tell your VR Marvela to dress you in some sparkling blue-green coat of anodized aluminum. You know, like the chain-mail that knights of old used to wear, only finer.

Andy: I’m in my natural state, always up, awake, and ready for our mid-morning gab session with the bean counters.

Marty: Okay, bro, I get it. I’m using Sir-iah, and I look great! I’m at the office dressed to the heinz. I have octopi tentacles for fingers, my head is the swirling atmospheric mass of Jupiter, and my body is an asteroid cargo fuselage. I’m sitting on some rockets, and when I leave this VR office, I will fire them off, because later today I’m climbing into the cockpit of my JP Aerospace Ascender and heading up to Dark Sky Station Twelve for a jaunt to my mining ops in the asteroid belt. Be back to work in seven years or so, because of a little excursion I’m planning beyond the belt with an experimental fusion drive.  Have fun at mom’s tomorrow.

Q: When will each of these cool things show up? Some quite soon. See Comments for the Answers.

Gentle Jim Lovell is interviewed by Joe Bland of the Sacramento L5 Society, a chapter of the National Space Society’s world wide network of chapters.

While JP Aerospace (see, @JohnMPowell1 ) has flown 18 thousand student experiments to the edge of space, all free to the student, the hundreds of Pongsats on a 2012 flight were on the list for kybash by the Imperial Demanderman of the 24th Century. Join CapnT on his voyage to Jupiter, as he tries to prevent Pongsat 2012 destruction. https://youtu.be/2Nf5XX85RAg

Something spinning to provide a feeling of gravity, the Spinship. Rotates one or two degrees of arc per second depending on diameter. More about it at The Space Trade

Yep, the edge of space if you count official space as 100 km. But really space conditions can exist much lower. This JP Aerospace airship headed up to 95,085 feet above MSL (mean sea level), back when it was legal to control a ship up there. Gotta get an OK from the FAA nowadays. Here’s the link: The Tandem Airship

How About a Water Planet?

This one is 111 light years away. See it on the National Geographic website

Help our Mother Earth by leaving her for space. Going to need propulsion like the JP Aerospace MHD for the plasma rocket. 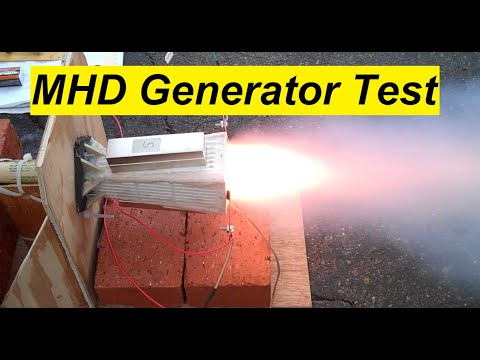 Space Hopefuls can listen to the space development equation, learn how investors will make space happen, and generally understand more about the new economics of space endeavors. Frankly, it’s like a tried and true real estate development plan here in California. Today “The Space Trade Update” is live on audio at audible. com. Here’s a link: https://www.audible.com/newreleases?pf_rd_p=c1175fd2-782a-4e80-b7d1-0c9aa4e403bb&pf_rd_r=ZQYF9ZQH0JSHVP8Z0AN4&ref=a_newreleas_l1_catRefs_8&node=2226657011&publication_date=20190705-20190712&feature_six_browse-bin=9178177011&feature_five_browse-bin=9178163011&submitted=1

I was so delighted when my alter ego, Cle Curbo, received this review of sparkle and grin. Kirkus has an interesting array of book construction help notes for writers. It’s a resource I hope to use to more of.  – LPT

Through my connection with JPAerospace.com, I’ve observed notable changes in the temperature of the atmosphere above 60,000 ft MSL. The first change was noted by Bob Berman and NOAA in about 2007. I was reading Bob’s amazing and enjoyable book about the sun, titled “The Sun’s Heartbeat,” from which I learned that the atmosphere above 60,000 ft MSL had significantly changed its temperature profile. Instead of the usual system, where at 60,000 ft it’s about minus 90 deg F, and at 100,000 ft it’s about minus 20 deg F, a warming of 70 deg F, the atmosphere, starting in 2007 or so, had stayed at the same temperature all the way up. That is, it was about minus 90 deg F from 60,000 ft all the way up to 100,000 ft. Why? Berman gave us the NOAA derived reasoning that the atmosphere below 60,000 ft was so thick with carbon dioxide that infrared rays from the sun could get through to the ground as usual, but the weaker rays reflected from the earth’s surface could not penetrate the thickened CO2 layers, so they could not reheat the atmosphere above 60,000 ft. This resulted in the same low minus 90 deg F all the way up to 100,000 ft, and perhaps beyond.

Caveat: This colder scenario held true for certain parts of earth, but temperature data for all of the atmosphere in different places around the earth was not closely examined by me. So there is some doubt in my mind about how widespread this cold phenomena was. Nonetheless, the reasoning seemed sound to me. We’ll see.

Of course, this reasoning is an attempt at explaining cause, and we know that causation arguments always have an indeterminate amount of uncertainty. Even so, we must ask the question about our human-caused effect on climate. Does the new normal of high CO2 in the air portend global cooling, simply because infrared rays are now reaching the ground in less concentration? Maybe. Then we have the other possible cooling trend in the sun’s heat output as measured by the number of sun spots. We are just coming out of a low period of sunspot activity, a low period that was a bit lower than average. Will we have low sunspot numbers as we enter the higher phase of the sunspot cycle? What about the magnetic anomaly in the South Atlantic Ocean? Or, the fact that the north magnetic pole excursion precedes an ice age by something less than a thousand years? Conclusion is that we just don’t know how much, or which way, our activity on earth is moving the climate. Hotter? Or, colder? Our best answer is to stay tuned.

– L Paul Turner is the author of “The Space Trade Update.” Follow him on Twitter @BloonWhisperer. More information about JP Aerospace can be found at JPAerospace.com and in “Floating to Space,” signed by the author, available at the JP Aerospace store page.  Follow JP Aerospace on Twitter @JohnMPowell1.